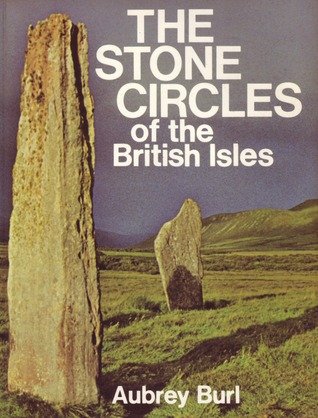 Many of us in the astrological community hold a fascination for stone circles and standing stones, particularly in their alignments to equinox and solstice.  Aubrey Burl, an archaeologist who passed quietly away in June, was instrumental in much of the earlier research into Neolithic monuments, paving the way for further studies today. He was widely acknowledged to be a world expect in standing stones and respected by the disparate groups who also shared his interest.

Aubrey was a quietly spoken, friendly man who shunned the limelight and was happy to lecture about his beloved stones to any group who requested his services. He was unperturbed  to find himself  in  disagreement with people with different views and never held it against them, even though he didn’t subscribe to some of the more far-fetched theories that have been bandied about re the provenance of Stonehenge and other sites.  In fact he probably wouldn’t have believed in astrology either.

However we all owe a debt to him for producing a meticulously researched gazetteer of the stone circles of the British Isles in the 1970s, plus a large number of books which presented his archaeological findings in an accessible, fairly lyrical style for the layman. His books have been an invaluable source of information for those of us tracking down and visiting Neolithic sites since the 1970s, and probably, like me, many of you will have a well-thumbed copy of ‘The Stone Circles of The British Isles’  or ‘Rings of Stone’ on your bookshelf.  The latter contains a very readable introduction, along with details of 50 of the better known circles in the UK and in collaboration with the photographer Edward Piper contains some stunning images to accompany the text.

Aubrey was born on 26 September 1926, as Harry Aubrey Woodruff Burl. It’s believed he chose to use the name Aubrey as that was the ancient name for Avebury.  After service in the Royal Navy he went on to teach Latin and study archaeology. His MA Thesis in 1970 was written about Stone Circles – not his first choice at the time, but a subject close to his heart since discovering there had been no research into this since the 17th century.  Transiting Uranus conjunct his natal Sun Mercury conjunction in 1970 indicate that this was ground breaking work which would revolutionise people’s thinking about the stones. He always maintained that the famous blue stones of Stonehenge would not have been transported from Wales, but had been deposited close to their final site by earlier glacial movement.

Looking at his chart, Pluto conjunct the North Node would seem to be a good signature for an archaeologist, and with Pluto sextile Venus in Virgo and forming a yod with Jupiter in Aquarius, he would come to prominence for his extensive knowledge in this area.  His Moon and Mars in Taurus seem fitting for someone whose life work was to study stones and patiently visit, map and document all the sites in the UK and Brittany. With Saturn, Mars and Jupiter in a T square I suspect it took some effort to discipline himself to be so methodical.

Obituaries have been published here:

And a rare recording of one of Aubrey’s talks: