History of the Astrological Association 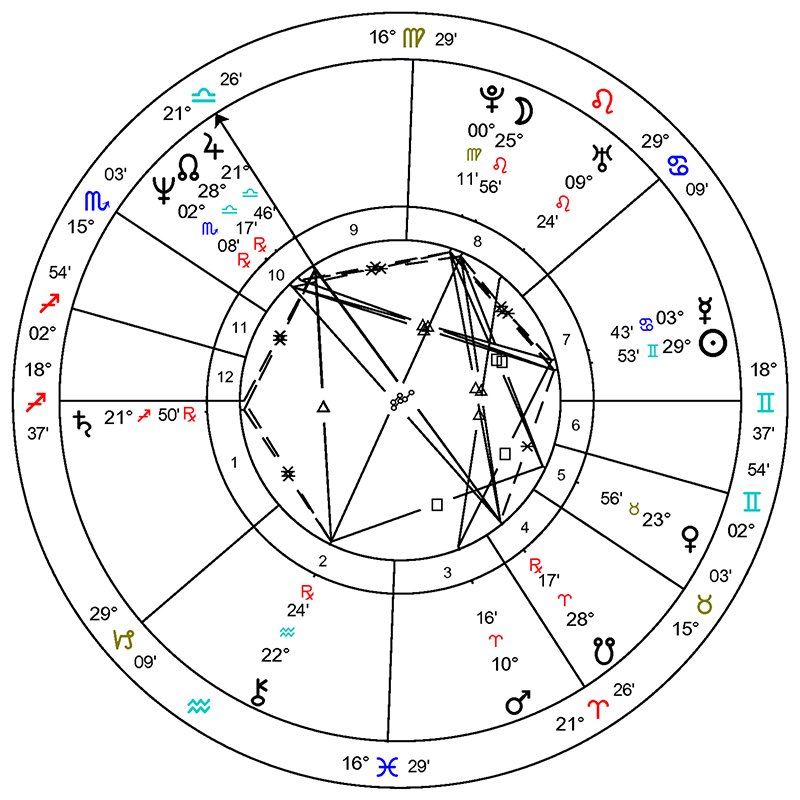 The AA was formed at 20:22 BST on 21 June 1958 in London by a group of astrologers from the Astrological Lodge, which itself had been founded by Alan Leo in 1915. The two most prominent members were John Addey, who originated the theory of harmonics, and Roy Firebrace, the sidereal astrologer and founder of the magazine, Spica. They were backed by Charles Carter and many other prominent Lodge members, including Joan Rodgers, Margaret Hone and Ingrid Lind.

John Addey contributed both his profound understanding of Platonic philosophy and his flare for statistical and mathematical research. At the same time, the full implications of modern work in-depth psychology had transformed the average astrologer’s understanding of astrology, which was now seen very much as a means to character analysis and as an aid to counselling and therapy: the future was no longer to be predicted, but changed.

Toward the end of its first year, its Astrological Journal was launched. It has been a regular quarterly, and then bi-monthly, publication ever since. Throughout the sixties and seventies the AA pursued its triple-track programme, encouraging philosophical depth, psychological understanding and scientific research. Charles Harvey took over from John Addey as President in 1972 and did much to carry the AA’s message around the world. In particular, Charles presided over the first ‘Kepler Day’ Conference on astrological research, which was held at London University’s Institute for Psychiatry in 1979.

In the 1970s and 1980s the Association focused on the enhancement of its Astrological Journal to an ever-higher technical and interpretation standard. Annual Conferences have been held without interruption since 1969. In 1985, an archive of nearly all the Conference presentations was tape recorded and sold. An index-card archive of birth data was started, in the days before computer software made such resources readily available. In 1968, Correlation was launched to be a peer- reviewed publication of the highest academic standard that considered the relation between science, research and astrology. The Editors are now working on its thirty-third two-edition volume. The AA also maintains a library containing a wide range of astrological books from early out of print to modern editions.

In 1994, Nicholas Campion became President, and Roy Gillett became Chair. Under their guidance, the Association and its Conferences developed to become an umbrella under which diverse astrological traditions could come together and learn from each other. This was to build throughout the decade with ever-larger Conferences, reaching 685 attendees at the 1999 Solar Eclipse Conference. The Association was to enhance its service to the press and broadcast media, contributing extensively to documentaries such as ‘Twinkle Twinkle’ in the BBC’s Everyman series. The Library was made available to the public at the newly-opened Urania Trust building. Charles Harvey pioneered the possibility of scanning using the new computer technology.

In 1999, when Nicholas Campion stepped back to Vice President to allow time to focus on establishing a Master’s degree in Cultural Astrology and Astrology at Bath Spa University College, Roy Gillett became President. With Wendy Stacey as Chair and a devoted Council and volunteer team, the Association took advantage of the new technology, embarking upon ways of making the wisdom given at its Conferences and in its publications accessible. Conference tape recordings and editions of publications were converted to digital files and made available online to download. The International connections were expanded by mutually supporting international conferences both actual and virtual. In 2013, the Association became a Charitable Incorporated Organisation [reg no: 1152804]. The devoted work of the new Librarian, Trudie Charles, re-catalogued and made available the Association’s books and research papers.

In 2020, the challenges of Covid-19 led to major advances in the Association’s use of computer technology. This enabled it to organise a five-track annual Conference online, and develop this much-improved website, designed for convenient access from all online platforms.

Explore, see, use and enjoy the information and many resources available.