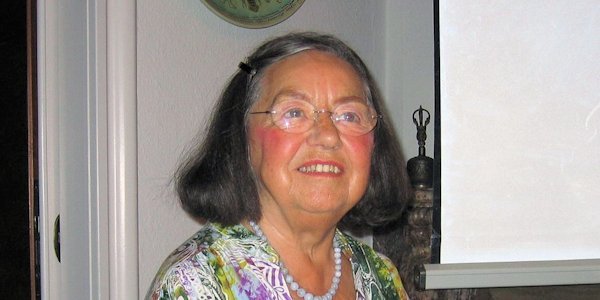 From these early beginnings their method is now known and used around the world. Louise and Bruno were both astrologers before they met and married. He had studied psychology, and using his scientific training he researched and trialled many aspects of astrological psychology before they were incorporated in the developing Huber Method. Louise came from a more esoteric background, and in the early 1950s was a student of the Arcane School when she and Bruno first met. At this meeting they recognised each other as soulmates and subsequently married.

In 1956-8 Bruno and Louise helped found the Arcane School in Geneva. In 1959, the Hubers went to Florence to study psychosynthesis with Roberto Assagioli, living in a small top floor flat in his house. Louise worked as his secretary whilst she and Bruno trained, researched, saw clients and worked with Assagioli. It was during these three years that they began to develop astrological psychology. They brought together the best of the traditional astrology that they were already skilled in with the psychological and spiritual approach of Assagioli’s psychosynthesis. Assagioli gave his blessing to their work and on their return to Zurich, they began teaching astrological psychology in 1963 at what became the Astrological Psychology Institute (API).

In 1985, Bruno and Louise made their first visit to the annual Astrological Association Conference, held in Exeter that year. Their invitation was at the request of Richard Llewellyn who was at that time AA Membership Secretary and went on to found the English Huber School [API (UK), now APA]. I attended Louise’s lecture on the Moon’s Nodes, and have yet to hear a better or more vibrant description of this subject. Louise’s knowledge and understanding of esoteric astrology formed the basis of one of the many books she and Bruno wrote, but it is perhaps for her shared insights in Moon Node Astrology, and Reflections and Meditations on the Signs of the Zodiac where her contribution to astrological psychology shines brightest.

With her strong Taurean Sun, Louise was an efficient and well organised business manager for API, and she was an excellent and engaging speaker and teacher, lecturing and giving numerous seminars in Europe, and North and South America. She had a playful sense of humour, especially when lecturing in English. The warmth of her Cancerian Moon would often be in evidence as she laughed along with her audience when she occasionally made a gaffe. In one lecture, she stated that “Virgo doesn’t like cows in the kitchen”. After a puzzled pause, someone in the audience asked if she meant “chaos”.

Louise was instrumental in founding and organising  the International Astrology Congresses held in Luzern. She worked alongside fellow astrologer Claude Weiss in establishing this prestigious event which attracted speakers and delegates worldwide. But she will probably best be remembered for her work, alongside Bruno, on the specific techniques of Age Progression, Aspect Patterns and Moon Node Astrology, all component parts of the wholistic Huber Method.

Louise’s chart  contains three Learning triangles – these Aspect Patterns all indicate and support her quest and taste for knowledge and information as well as her ability to teach and share it with others. Learning triangles indicate ongoing learning throughout life. Louise’s study of Alice Bailey’s esoteric material had begun in the 1950s, and when she and Bruno were invited to help set up the Arcane School in Geneva, her Age Point was in 6th house of service. It was also in Virgo, the sign associated with service to others. Shortly before this it had been conjunct the Moon’s North Node, indicating the personal and spiritual growth which can be accessed by working for and with others. This she did tirelessly.

Louise spoke of her experience when, using Age Progression, her Age Point reached Jupiter in Sagittarius in the 9th house of her chart. She started to write and set down her ideas, knowledge and experience of astrology and esotericism. She told of how the words and ideas began pouring out of her, and she felt compelled to write. At the time, her Age Point was conjunct Jupiter in both her natal and Moon Node chart, and in the 9th house in both charts. She felt she was connecting with a place, an area of life experience she was already familiar with (the Node chart taps into the depths of the personality and into accumulated knowledge). With the 9th house, concerned as it is with higher learning, study and teaching, and Jupiter’s association with wisdom and experience, Louise’s first book Reflections and Meditations on the Signs of the Zodiac was the outcome.

Louise will be sadly missed by all who knew her and whose lives she touched. She was a powerful, loving woman who leaves a rich astrological legacy. She is survived by her son Michael and her four grandchildren.