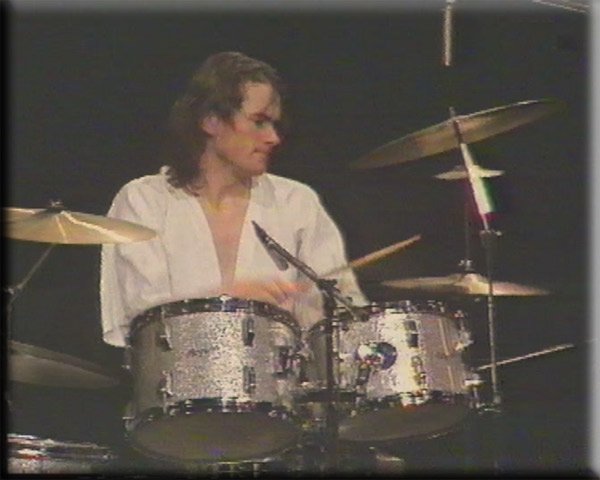 On 25 October 2016, someone who probably isn’t that well known in today’s astrological community departed to play a big gig in the sky. Mike Wackford was a technical astrologer par excellence. He was self-taught, something of a loner and a bit of a maverick.

I first met him at the Astrological Lodge in London back in the ‘80s. He stalked up to me and said, “Where do I know you from?” I looked at this cadaverous figure, dressed in black with the ubiquitous black leather jacket, quite attractive in an unusual Aquarian way, very obviously a musician, and said haughtily, “You don’t know me!” He kept on insisting he did. Eventually, we found out we were both from near Brighton. My father was a musician. Had he played with my father? No. Had I seen him at any gigs in Sussex or elsewhere. No! After some time of him barking questions at me, we discovered he knew my sister through her husband and was seeing her in me. Mystery solved. We agreed to meet up next time I was down in Sussex. Which we did. And so began a friendship through astrology that lasted up until now.

Mike could be a difficult man. He was strongly opinionated, with an incisive mind who always wanted you to prove your methods. He was, in spite of his rather forbidding demeanour, a caring man who always made an effort to keep in touch. We would not speak for some time and then would come the call. So? What do you mean so? Well, look at that Saturn doing its business to your Mars? What’s happened? Oh, that was last week. Yeah so! What happened? Well I hit a wall at speed in the car. Thought so! Bye. And that was how he kept in touch via the stars.

He was not afraid to air his opinions on any subject and would track down various astrologers who had written something he either did, or did not agree with and which he wanted to take further. One of his ‘opinions’ was on Polar Houses. He had correspondence with Wendel Polich, questioning his theories, and then went on to write a brilliant diagnostic article on Polar Houses that subsequently appeared in the AA research journal, Correlation (19/2/2001). This article can be found on the Skyscript site.

His ability to visualise things in 3-D, especially the movement of the sky, led him to experiment with transits which were measured by celestial latitude as well as longitude. The technique had fallen out of astrological practice in the 19th century. As Mike always said, horoscope houses are not slices of cake but segments of an orange, curved rather than straight. His predictions for events corresponding to transits often seemed to be several days before or after the date that the ephemeris might suggest – but they were also astonishingly exact.

He was great friends with the late Dr Margaret Millard and would discuss medical astrology with her. If memory serves me correctly, she even gave him access to her personal papers and research as she valued his input.

He really was a brilliant astrologer, ready to share his knowledge if you asked him. He would not push himself forward to air his knowledge and had a short fuse with those he considered ill informed!

Outside of the astrology, Mike was a brilliant drummer. The energy he had, the timing, the rhythm, the intensity; he was spellbinding in his heyday. In the ‘70s he was in the band Starry Eyed And Laughing which had considerable commercial success.

Some of the band members got together for a gig to celebrate Mike’s 60th birthday a couple of years ago. Despite suffering from pain in his joints, once he got on the skins, the years fell away and we all saw the young drummer behind the arthritic facade. It was a wonderful poignant evening. Bernard Eccles came up from the West Country, Marie brought Mike Edwards along (who happily was in the moment), and I think, for the four of us, the years fell away and we were back to when life was in front of us and astrology was our fix. Today I look at the speculum which Mike drew up for me all those years ago and reflect on how lucky I was to have known him. May he be drumming in peace amongst the stars he knew so well.