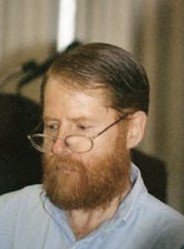 On the eve of his 73rd solar return, the highly distinguished American astrologer and teacher Robert Zoller passed away. His death came too late for Journal to prepare a full tribute which will run in our May-June 2020 issue. This represents yet another major loss to the world family of astrology.

Zoller (known as ‘Bob’ to friends) was a leading mediaeval astrologer who “restored many lost astrological skills to our toolbox,” as one writer put it on Facebook. A practitioner of occult philosophy, he was an original translator in the Latin track in Project Hindsight, as recorded on Astro-Databank. His seminal work, The Arabic Parts: A Lost Key to Prediction, has influenced countless astrologers. It revived the ancient doctrine of the Arabic parts which had been virtually lost to Western astrological practice since the 17th century. Zoller retrieved this valuable key to prediction and provided a clear and simple guide to its practical application.

To quote from the blurb of the book itself: “The Arabic parts enable the astrologer to investigate the ‘inner’ meaning of the horoscope and thus to go beyond the ‘outer’ aspects expressed by the arrangement of the planets, signs and houses. The first section of the book explains how fate, or karma, can be understood through the parts and the esoteric nature of number. The second section includes a translation of the 13th-century Latin text on the parts by the famed court astrologer, Bonatti; this work includes the basic ninety-seven parts, dealing with all areas of life – from war, commodities speculation, and professional life to marriage and partnerships – in addition to the seventy-three parts from various mediaeval sources. In the third section of the book, the author illustrates the practical use of the parts in natal, horary, and mundane astrology.”

Rather like the late Dennis Elwell (who in 1987 achieved public notability with his forecast of disasters at sea just before the sinking of the Herald of Free Enterprise), Zoller became famous for predicting in 1999 the 9/11 attacks on the US in 2001. In his four-page newsletter Nuntius, Zoller had drawn attention to the total solar eclipse of 11 August 1999 and warned that its effect would last “30 months” – why this long was not made clear. Zoller wrote:

“From September we are entering a period of increased danger to us in the West. In an earlier Nuntius I said that there is an increasing threat to the US citizens, and this is particularly so on the Eastern sea boarder. I have also said that this threat is linked not so much to a new boldness in terrorist planning but more to US incompetence. At that time I couched those remarks as being non astrological so as to play down the warning but I say again as was said in the July Nuntius if the US does not cease acting incompetently, it will invite the depredations of adventurers such as Osama bin Laden and Saddam. This is a wake-up call. Our way of life and cultural values (& our lives) are at stake.”

He added: “As the next 12 months unfold we will see increased tension in those countries that fell under the path of the August 1999 eclipse but after the end of August 2001 this will take on a new twist and it will be the last 6 months of the eclipse effect that will be the worse.”

In one remarkable passage he wrote: “After September 2001 when the fi rst big crisis will have hit the US, we will never be the same again. By the following February 2002 the real game plan will have become obvious to us and though it may not then be part of public consciousness we can expect to see our external enemies expand as they are supported by China though they will remain hidden from view until it is time to strike. This is the Sino/Islamic alliance.”

Though sceptics pointed out a number of flaws in the forecast, such as that the eclipse path did not cover the US, and that there was no specific forecast of the 9/11 terrorist attacks in Nuntius, there is no question that as an astrological prediction it was amazingly prescient given what we now know. The naming of Osama bin Laden as a possible attacker – arising probably as a known terrorist risk rather than through horoscopic identification – added to Zoller’s fame when it emerged that the Al-Qaeda leader was behind the atrocities.

The astrologyrestored.com site summarises Zoller’s 9/11 forecast thus: “It was the use of mediaeval astrology that allowed Robert to predict the events of 9/11 and publish those predictions over two years beforehand. He was the only astrologer who specifically stated that the attack would be by Islamic fundamentalists on US soil, that it would be in September 2001 and he specifically named bin Laden, but also stating that the House of Bush would be responsible for the mismanagement of this disaster.”

In an undated interview with Garry Phillipson on skyscript. co.uk (which oddly does not mention the 9/11 prediction), Zoller explains in detail his preference for mediaeval astrology over other techniques, but is liberal minded in his advice to astrologers: “…You can do whatever you want to do, and you’ll probably do best following your own opinion and your own light. But my light on this situation in astrology, what I have tried to do, has been to give myself a firm foundation in mediaeval astrological techniques (which I see as being superior to either Greek or Babylonian astrology or to New -Age astrology) and then make whatever adaptations I feel I have to make to those techniques, such as the inclusion of the use of the modern planets.” (skyscript.co.uk/zoller.html.)

In the introduction to the interview we get a little taste of Zoller’s range of accomplishments: “Robert is a Co-Founder of the Mid-Hudson Chapter of the National Council of Geocosmic Research, New York. He serves on several editorial boards including Culture and Cosmos and is a member of the Association for Astrological Network. He has lectured extensively in the United States of America, Canada, New Zealand, Australia, the United Kingdom and Ireland (including keynote speaker at the Astrological Association of Great Britain Chester Conference), Germany, Mexico and South Africa. He has also contributed to the Janus Astrology Software.”

Zoller had suffered with his health for many years. Astro-Databank reports that “in January 2000, word was released that Zoller was ill with Parkinson’s disease. It was not, however, a handicap to romance as he and Diana Warwick married on 29 March 2001 in Vancouver, B.C., Canada. Robert relocated to Vancouver from his former home in New Jersey. On 21 July 2002, he was awarded the Regulus Award for Discovery, Research and Innovation at UAC, Orlando, FL.”