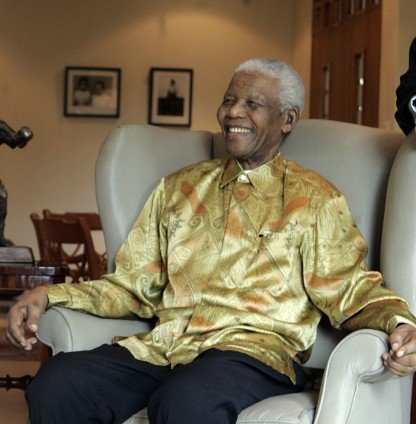 Civil unrest was widespread all over the globe during the mid-1960s. South Africa was experiencing global media coverage highlighting racial segregation by apartheid within the nation. Several political organizations and movements had been formed to address the inequalities experienced by almost 80% of South Africa’s population. Since 1948, black South Africans (and Asians) had not been allowed to own land, were stripped of their citizenship, could not vote, had to be segregated from whites on all (poorly serviced) public services and facilities, had to wear cards which identified their racial group, were not permitted to marry or have sex with anyone of a different race, were not permitted into certain white only public areas, were (poorly) housed in areas of racial groups and were prevented from organising any resistance to the white colonial Government.1 Apartheid was not tolerated by several other countries and due to their policy of racial exclusion South Africa was banned from the Olympic Games in Tokyo during the Uranus-Pluto conjunction in 1964. Calls to end apartheid in South Africa were voiced in other countries. An example of this was the protests in New Zealand between 1981 and 1985 which resulted in New Zealand cutting all sporting ties (including rugby) with South Africa until apartheid had been abolished.2

Nelson Mandela was an anti-apartheid activist and leader of the ANC’s (African National Congress’s) armed wing. He was sentenced to life in prison on 14 June 1964 for sabotaging and plotting to overthrow the SA government by revolution. He served 27 years until he was released from prison on 11 February 1990 and his release was broadcast all over the globe.3 His efforts in reform and creating equality in this nation led to him being elected its President, an election in which all citizens of South Africa, almost 20,000,000 people, were permitted to cast their vote for the very first time.4 He was the first black President and his inauguration occurred on 10 May 1994. This event was monumental for South Africa and the rest of the world as it brought to global attention the emancipation of millions of people who had suffered great oppression for almost half a century. The 1993 Nobel Peace Prize was awarded jointly to Nelson Mandela and Frederik Willem de Klerk (the previous President) ‘for their work for the peaceful termination of the apartheid regime, and for laying the foundations for a new democratic South Africa’.5

As we can see from the tri-wheel (inner wheel, Mandela’s chart; middle wheel, his imprisonment; and the outer wheel, his inauguration as President), on the day of Mandela’s imprisonment transiting Uranus and Pluto were conjunct the MC of Mandela’s natal chart (opposing Saturn and the IC), illustrating the public exposure of his underground involvement and forced enclosure in prison. These outer planets on his angles also reflect the international acknowledgement and respect he gained, as well as indicate that he was made the scapegoat cross-bearer for his people. Transiting Mars is square his natal Uranus in Aquarius, highlighting the crime, violence and struggle for emancipation of the masses. Additionally, transiting Jupiter (in the sixth house) is opposite Neptune (eleventh house) and picking up Mandela’s Moon in Scorpio in the twelfth house, perhaps indicative of his sacrifice, heroism and tireless work towards highlighting the dark sickness that had permeated the country and oppressed several millions of people for almost five decades.

It is important to note that this is a rectified chart6 and should be considered speculative. However, it does appear to be an excellent rectification. From the transits of Mandela’s inauguration as President we can see that Saturn in Pisces arrives back to make a series of conjunctions to the position of Saturn at the time he was imprisoned (his term in prison being a full Saturn cycle), and again opposes the 1964 Uranus-Pluto conjunction. Thus, the 1994 chart is a Saturn return (in Pisces) for the 1964 chart and again, is travelling opposite Mandela’s natal MC – a time for rebuilding and acknowledging sacrifices and the past and reminding us of the darkness and suffering that had been experienced before this event. Saturn returns are about ‘moving on’, learning from what has gone before and making the necessary steps to press forward. We also see transiting Pluto opposing Mars on the date of his imprisonment, as well as squaring Mandela’s natal Uranus, creating a T-Square, here representing the overturning the violence and highlighting the victory of the people and the promise of a new dawn for a nation as it strives to re-invent itself as a collective community. Transiting Uranus and Neptune in Capricorn are in opposition to Mandela’s natal Sun in Cancer, possibly reflective of the past and the potential internal conflict he will continue to carry as President. The nation labelled Mandela ‘father’ and this is aptly described by these natal and transit points too.

Inner wheel: Nelson Mandela, 18 July 1918, 2:54am, Umtata, South Africa. (It should be noted that Mandela’s birth time is speculative and rated DD.)

6 This chart was rectified by Noel Tyl. Source: Astrodatabank.