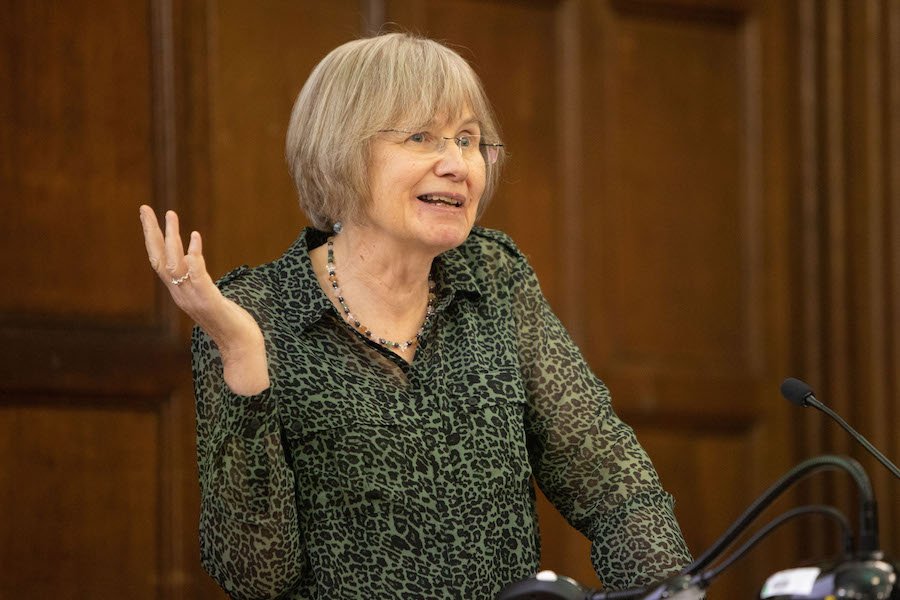 Sue Tompkins: An interview with one of Britains leading astrologers

How did you first get into astrology?

I think my childhood prepared me pretty much for astrology. I was unhappy, introverted and was the kind of kid who said little but watched everything. In particular, I was a people watcher. I was also full of unspoken questions about life and why we are here. I can’t give you an example from then but I can give you one from this week from an episode of the TV quiz show, Who wants to be a Millionaire. Two contestants on the show were pilots; one of them got stumped (a half million pound question) on the name of Amy Johnson’s plane-he incorrectly guessed Pegasus. To an astrologer, aware of what is going on in the sky at any given time, this pilot ‘coincidence’ is an everyday and, to some extent at least, an explainable occurrence but as a child I had no framework in which to place those observations, so I suppose I was looking for such a framework.

I discovered only a few years ago, that my great-grandmother (who died many years before I was born) was also interested in astrology although I don¹t know to what extent. But anyway, my real discovery of the subject came with Linda Goodman’s Sun signs-I was eighteen, nursing at the time and had a friend who was very typically Geminian and I suppose I am fairly typical of my Sun sign (Aquarius) too. I just knew there was something in it but there weren’t too many books around in Stafford on astrology and I didn’t start to progress beyond Sun signs until I was in Canada two years later.

It would be good to know who your teachers were. What happened in Canada – did you do a course?

No, unfortunately I didn’t know of any ‘live’ courses though they must have existed, but what was wonderful was the fact that I was now in a city (Toronto) with the kind of bookshops you could only find in cities in the early 70s. I bought everything I could lay my hands on and eventually I found out about Jeff Mayo’s correspondence course and enrolled on that. Jeff was my first tutor.

I travelled a lot in those days but when I returned to the UK I settled in London and I went to everything that was around, just as students still do. I switched to the Faculty for my Diploma studies-I had to do it by correspondence because there weren’t classes then. Cordelia Mansell was my tutor but I never had the self-discipline to complete the whole course! Liz Greene was teaching with the Centre for Transpersonal Psychology and I went to everything she did. And there were other good teachers too.

I particularly remember Pam Tyler who returned to the States and to Law some years later, though some people will know her through her book on Mercury. I also remember having a great time on a Summer School on Harmonics in Cambridge with Suzi and Charles Harvey and John Addey. There were a lot of good teachers.

Yes, something to do with having Moon in Sag. opposing Jupiter in Gemini in the 10th!

What prompted you to start your own school with Christine Tate ?

There are many answers one could give to that question. Briefly, I had just resigned from the Faculty and was feeling bereft; I knew things had come to a point where I had to leave FAS, I had served my time and it was time to make room for others and for me to move on. It was the astrology of the situation that prompted me really -I have had so many things going on in my chart this year to do with work and education and I just suddenly felt that this was what I was supposed to do.

For starters the Jupiter-Saturn conjunction falls on my MC at 27 Taurus, I have various Uranus transits from my 6th house including a trine to Jupiter in Gemini in my 10th and even the Jupiter-Pluto opposition is hitting my chart favourably.

You are also a homoeopath. Do astrology and homoeopathy support each other?

Yes, very much so and some of the roots of homeopathy can be found in astrology. I actually think that astrology can be described as a form of homeopathy. In homoeopathy, cure comes through treating ‘like with like’. An astrological consultation can be similar, for the astrologer is holding up a mirror and in a sense, giving a likeness. This is also similar of course to Carl Rogers’ approach to counselling.

Will medical astrology feature heavily in the new school?

Not heavily, no. Homoeopathy is such a powerful tool I don’t want to encourage people to diagnose or prescribe without having the proper training to do so. But there will certainly be opportunities to learn about various health practises and where they link into astrology and the emphasis throughout will be on the holistic nature of things.

How would you describe your approach to astrology?

Contemporary. Apart maybe from Paracelsus, I actually have little interest in what astrologers said centuries ago or rather in how astrologers today interpret what astrologers in the year dot said. It may be because I am too lazy to wade through all those old texts. I am more interested in improving our astrological knowledge through ordinary everyday empirical observation. I could probably be defined as a psychological astrologer, not because I am allied to any particular psychological school of thought but because I am drawn to a more psychodynamic, holistic, metaphorical way of thinking in which there is considerable emphasis on the ‘why’ and ‘how’ of a given situation and on the inner process. It seems to me that the more traditional forms of astrology are designed for a more deterministic society with a linear, ‘right’ and ‘wrong’ black and white way of thinking. The main concern being ‘what’ will happen and ‘when’ it will happen.

A good dialogue between client and astrologer can change the future for the client (for either participant actually) by changing his or her perception of the current situation. The more we look at something, the more our perception of it changes. The more we understand ourselves and the options open to us, the more choice we are able to exercise as to what we do with our future, albeit within the perimeters of the potential written in the birth-chart.

Does that mean that you don’t think the astrologer should predict?

No, but it does depend on the circumstances. It really depends on what one is doing with one’s astrology. I work with people mainly, so a process-oriented approach which puts responsibility and choice firmly in the individual’s own hands is appropriate. When looking at collective and mundane issues I think we ought to be able to be very specific in describing what will happen. But it’s a very different matter predicting what horse will win the 4.15 at Haydock or forecasting earthquakes or movements in the stock market than it is when Mrs Bloggs wants to discuss whether or not to leave her husband.

I reckon the question of whether we can and should predict really comes down to how much free will and responsibility the individual has in a given situation. In situations where the individual has little power/control/responsibility, where there is little they can do; then it is both possible and advisable to try and predict. After all, if the factory where you work is going to close down, it would be quite handy to know in advance, assuming that’s possible. And personally I love trying to work out the winner of the 4.15 at Haydock but it takes a different skill, a different way of using astrology.

PrevPreviousInterview with Nick Campion
NextAA Conference 2020 to be held onlineNext