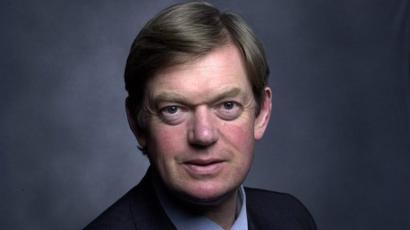 The MP Who Stands for Astrology

Published in the Astrological Journal January 2015. You can contact the Journal Editor at journal@astrologicalassociation.com

Last July, the long-standing Tory MP for Bosworth, David Tredinnick, provoked a media storm when he publicly endorsed astrology (not for the first time) and declared to fellow MPs in the House of Commons: “I am absolutely convinced that those who look at the map of the sky for the day that they were born and receive some professional guidance will find out a lot about themselves and it will make their lives easier.”

His especial focus was on astrology as a medical diagnostic tool and guide. The Independent newspaper reported: “Mr Tredinnick said he had studied astrology in connection with healthcare for two decades, including Iahiri, the Indian astrological system used to aid the nation’s government.”

He had already made an appearance at the Glastonbury Festival in June with the Daily Mail astrologer Jonathan Cainer and given a speech advocating complementary medicine, such as homeopathy. “I followed Cainer on the stage and he was talking about how you can find yourself,” says Tredinnick. “And I’ve studied astrology for over 20 years – Cainer has 12 million readers who read him every day. There has to be something in it for people to follow him for so long.” Inevitably, there was ridicule from certain quarters. Tredinnick’s prominent role on two Commons Select Committees (Health; and Science & Technology) added piquancy: “How could these ‘rationalist’ expressions of the democratic will tolerate such a man as Tredinnick who batted for the Middle Ages?” seemed to be the reaction of many sceptics and scoffers. Certain commentators were amazed by his claim to have cast charts for other MPs. The Taxpayers’ Alliance mockingly invited readers to write to him for a free horoscope analysis, printing his email address. Newspaper columnists generally exhumed every anti-astrology joke from the dusty tomb of comic put-downs while someone had already set up a satirical Tredinnick account (“D Tredinnick’s Brain”) on Twitter.

Certain Westminster colleagues dubbed him the “the Hon Member for Holland and Barrett”. Yet he was unfazed by media expressions of ignorant bigotry.

“In actual fact,” Tredinnick tells The Astrological Journal, “the public reaction was heavily in favour of me. I received many emails from across the world applauding me. Many people wrote that it was time someone said what I said about astrology and complementary medicine. For instance, I have studied Vedic medicine – astrology is fundamental to it. Astrology offers self-understanding to people.

“People who oppose what I say are usually bullies who have never studied astrology. They never look at it. They are absolutely dismissive. Astrology may not be capable of passing double-blind tests but it is based on thousands of years of observation. Hippocrates said, ‘A physician without a knowledge of astrology has no right to call himself a physician.’ Astrology was until modern times part of the tradition of medicine. I think it is a great pity that so many scientists today are dismissive of right-side brain energy, such as intuition. People such as Professor Brian Cox, who called astrology ‘rubbish’ [in his BBC2 show Stargazing Live], have simply not studied the subject. The BBC is quite dismissive of astrology and seeks to promote the science perspective and seems always keen to broadcast criticisms of astrology.”

Does he think critics have a point when they say he shouldn’t be on Commons select committees to do with health and science? His answer is clear: No. He explains: “I am an elected member of both committees, not appointed. I have been elected to these posts by my peers. I am entitled to articulate my beliefs.”

Tredinnick has never concealed his interest in astrology. Back in 2009, he told the Commons (as reported in Hansard): “In 2001 I raised in the House the influence of the moon, on the basis of the evidence then that at certain phases of the moon there are more accidents. Surgeons will not operate because blood clotting is not effective and the police have to put more people on the street.

“I am arguing for more research. I have been criticised for raising the subject, but the criticism is generally based on a misunderstanding. It is based on the idea that I am talking about the stuff that we see in the newspapers about star sign astrology, but I am not. I am talking about a long-standing discipline – an art and a science – that has been with us since ancient Egyptian, Roman, Babylonian and Assyrian times. It is part of the Chinese, Muslim and Hindu cultures. Criticism is deeply offensive to those cultures, and I have a Muslim college in my constituency.

“The opposition is based on what I call the SIP formula – superstition, ignorance and prejudice. It tends to be based on superstition, with scientists reacting emotionally, which is always a great irony. They are also ignorant, because they never study the subject and just say that it is all to do with what appears in the newspapers, which it is not, and they are deeply prejudiced, and racially prejudiced too, which is troubling.”

Tredinnick is no one’s stereotyped idea of a “New Ager” (a somewhat odd label for anyone interested in ancient approaches to medicine and divination). Educated at Eton and Oxford, with an MBA from the Graduate School of Business at Cape Town University, he was from 1968 to 1971 a 2nd Lieutenant with the Grenadier Guards, mainly in Northern Ireland and West Germany. Aside from substantial experience gained in business and in many other formal posts at Westminster, he was Chairman of the Joint Committee on Statutory Instruments and Select Committee for Statutory Instruments from 1997 to 2005. He was also an Executive Member of the 1922 Committee from 1997 to 2001.

His main area of interest is health and he has been Chairman of the All-Party Parliamentary Group for Integrated and Complementary Healthcare since 2002.

What first triggered his interest in astrology? “My own back injuries had led me to osteopathy and then to homeopathy, acupuncture and so forth – healing health conditions (such as other people’s allergies and their reactions to drugs) grew. This led me to a group of astrologers and I became fascinated by both Vedic and Western astrology, and the Hamburg School of Astrology – my own interest in alternative ways of healing and how these systems can reveal health tendencies, among other things.

“I came to realise how astrology grew in many different cultures – China, Muslim nations, Latin America, etc – in different ways yet these cultures had reached similar conclusions about the influence of certain planets and their angular aspects. I was fascinated that some of the great stars have Arabic names, such as Rigel [Ar-Rijl] in Orion. I was interested in the different cultural strands of astrology.”

Born on January 19, 1950, in Worthing, West Sussex, making him a Capricorn, Tredinnick declines to give his clock-time of birth (“That would personalise this interview – this is the politician in me talking now,” he explains) but he does offer clues to perceived life purpose from his nativity. “I have a strong 6th house which suggests an emphasis on being a servant of the people – and this is quite a strong indication of health and healing. My Moon-Venus-Jupiter planets [in Aquarius] sit opposite Pluto in the 12th house.” Certainly the Jupiter/Pluto opposition alerts to his questioning of scientific, social, spiritual and medical ideology (given the houses involved): Jupiter assumes a potentially powerful corrective role in the life of the native, especially over matters to do with religion or politics or education.

He recalls: “When I was in Hong Kong on the last Parliamentary delegation, I went to see Chris Patten, the last governor before the handover to China. I visited Patten’s official astrologer which he had as governor.” Did Patten take advice from the astrologer? “I don’t know – he certainly would have been given advice: you’ll have to ask Patten.”

Tredinnick adds, apropos his time in Hong Kong: “Chinese astrology is aligned to feng shui [an ancient form of Chinese geomancy concerned with energies] I know there was concern that the Bank of China Tower has unfavourable, sharp angles sending aggressive energy to Government House nearby.” Was anything done to correct this? “No.”

Contrary to some reports, Tredinnick has not called for astrology to be used as a medical tool on the NHS. “There would be a huge row over resources. However I do believe that astrology and complementary medicine would help take the huge pressure off doctors. 90% of pregnant French women use homeopathy.

“Astrology is a useful diagnostic tool enabling us to see strengths and weaknesses via the birth chart. And, yes, I have helped fellow MPs. I do foresee that one day astrology will have a role to play in healthcare.”

In a hostile interview on LBC radio last summer, Tredinnick invited listeners to consider the “great leaders who have used astrology – Churchill, de Gaulle, Ronald Reagan, to name just a few. Astrology is not wacky as some people think.” Which leaves me with one burning question: as an astrologer himself has he yet cast a chart for the outcome of the May 7 UK General Election? He laughs but gives a firm and canny answer: “No.”